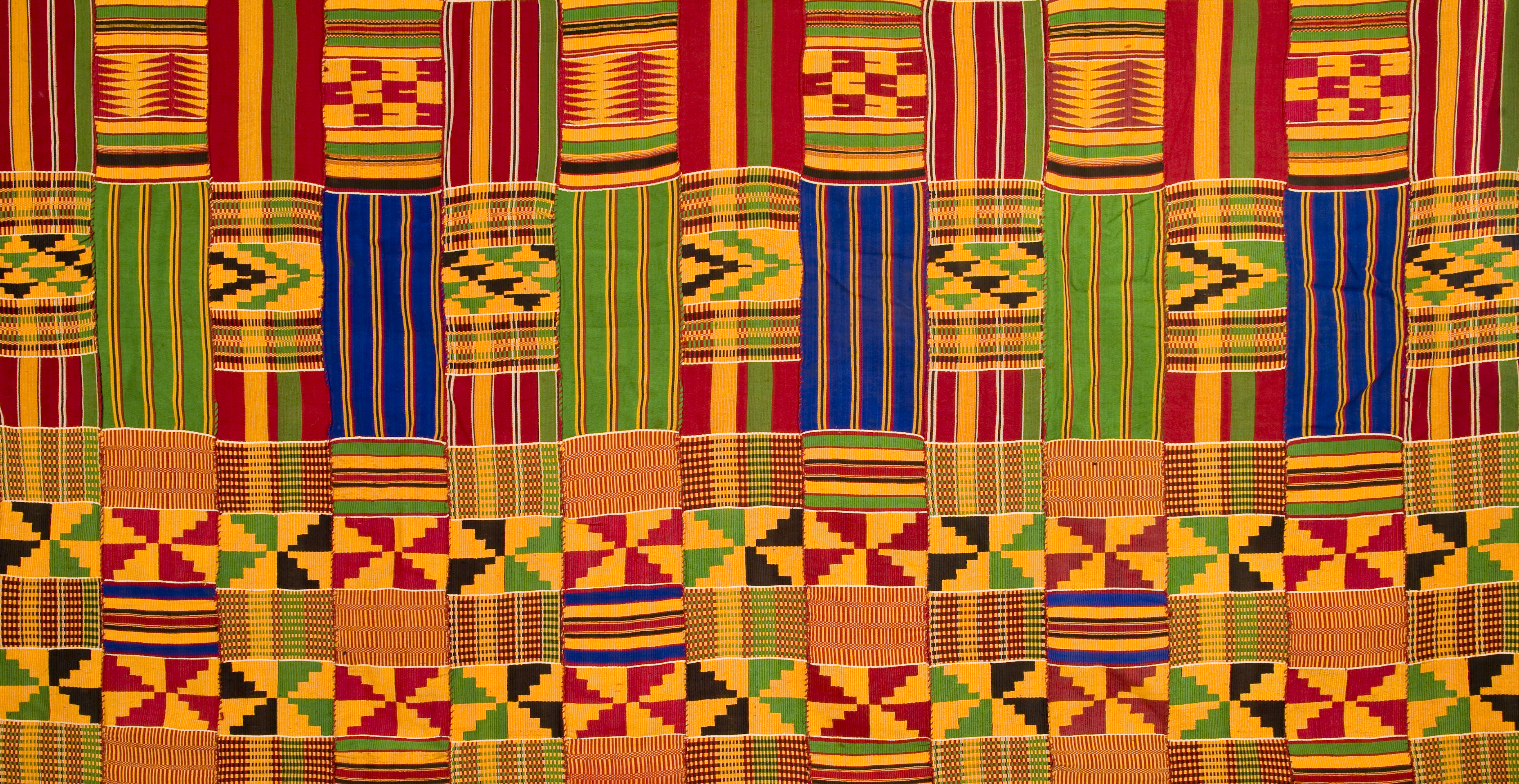 The African & African American Studies program at PSC offers a pathway for students to explore the rich histories, cultural traditions, and achievements of peoples rooted in African & African American experiences. Courses in this critical field of study fit within PSC's general education learning outcome of Cultural Understanding and are offered in an array of interrelated scholarly fields. All courses in African & African American Studies place particular emphasis on students being able to see the world from a global perspective. The curriculum will build skills that will help students to navigate and thrive within diverse communities and workplaces, and develop an appreciation for the values of diversity, equity, and sustainability.

Students who want to complete a number of their general education requirements toward a degree or certificate with a specific thematic focus can do so in African & African American Studies. A wide range of general education courses are offered on a rotating basis in English, History, and Sociology. Each course is designated with an Illinois Articulation Initiative (IAI) code that identifies it as part of the IAI program. A listing of course descriptions is available in the current Academic Catalog. For a listing of when courses are offered, consult the current course schedule or WebAdvisor.

In 2019, a group of writers and editors started the 1619 Project to mark and think about the 400th anniversary of the beginning of American slavery. The collection of essays, poetry, and photography would, in their words, aim to place "the consequences of slavery and the contributions of black Americans at the very center of our national narrative." In this class, we'll be reading from the 1619 Project as we consider all that has happened even since 2019, both to learn from the examples of excellent writers and to think about our world and our roles in it. We'll also develop together some additional ways to think and write about "our national narrative" during the 2020 election season. Like all of Prairie State's English 101 classes, this class will introduce you to college writing and fulfill credit for a variety of majors. If you're interested in thinking more about "the consequences of slavery and the contributions of black Americans" in a positive, up-building community, I hope you'll consider signing up and lending your own voice to the conversation.

Recent times have compelled us to explore the role the media plays in perpetuating racism in our society. This course will examine the systemic racial biases against African Americans inherent in various forms of the media and how it influences American societal thought about African Americans. From the way mainstream society defines beauty, to our political and social systems, the media shapes our views - whether we realize it or not. Join us as we analyze contemporary examples of racism towards African Americans transmitted by the media – you will not look at the media the same after this course.

This course is a continuation of HIST 115 (African Civilizations I) with major emphasis on the development of modern African societies as they react to the twin forces of imperialism and nationalism.

In African American History, we will explore the wide range of African American experiences from origins in the 1600s, through the present day. We will learn about, and discuss in a virtual setting, the primary sources that shed light on the hidden histories of peoples who have long been left out of the dominant narrative of American history. We will spend the first half of the course examining the many contributions of both free and enslaved peoples of African descent to the birth of America. The second half of the course will focus on developments since Reconstruction, emphasizing the centrality of Black culture to “American” culture, ongoing Black resistance in the face of structural racism, oppression, and white privilege, the triumph of the Obama presidency, and historical events in recent times.

Through discussion and critical analysis of fine art, film, music, speech and essays, Composition 101-INFXA will explore African American struggle for liberation from the 1900’s to the present. We will delve into everything from the art of the Harlem Renaissance to the politics of The Black Panther Party to the cultural critiques of rap music. Students will learn to read critically, synthesize ideas from a variety of media, and write essays that develop significant ideas in support of a thesis in assignments focusing on themes and issues in African American life. By writing academic essays in various rhetorical modes, students will improve their basic writing skills in preparation for English 102 and other higher-level courses. Students are not required to purchase a textbook for this course. Readings will be provided electronically by the professor, but they may need to rent specific media.

Under the umbrella of the African & African American Studies program, guest speakers will be invited to campus to benefit program participants, and the campus community as a whole, to promote understanding of the field of study, and encourage the exploration of Cultural Diversity. Off-campus cultural experiences will be planned to expand upon themes taught in the classroom.

Past examples include a college-sponsored field trip to the Chicago Symphony’s Orchestra Hall in Chicago to see the Jazz at Lincoln Center Orchestra with Wynton Marsalis and special guests,The Born Frees, perform The South African Songbook – a collection of traditional and contemporary South African music. Past field trips to the Art Institute of Chicago have featured the works of African & African American artists, as well as a special exhibition celebrating the life and works of the renowned artist, Charles White, known for his chronicling of the African American experience. 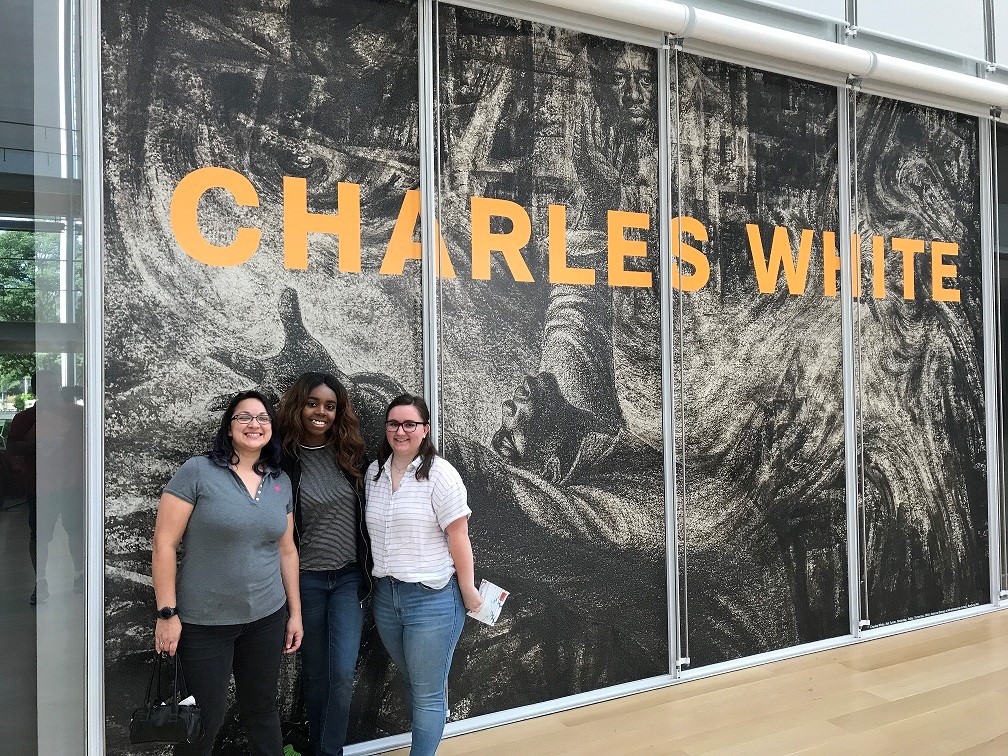 Students who complete a minimum of three courses / nine credit hours, with a C or better in African & African American Studies, will be awarded program-specific graduation cords at a cording ceremony to be held in late April/early May. The program’s graduation cords are to be worn as part of the student’s academic regalia at Commencement and are intended to recognize the personal commitment of scholars in the field of African & African American Studies. The symbolism of the three colors used in the graduation cords – Black (communion with ancestral spirits, maturity), Gold (wealth, elegance, high status), Red (shedding of blood, sacrifice, and struggle) – is informed by Ghanaian and African American cultural traditions, and will be listed in the Commencement Program alongside other graduation awards and honors

Students who complete a minimum of 3 courses/9 credit hours, with a C or better in African & African American Studies will be awarded program-specific graduation cords at a cording ceremony to be held in late April/early May. The program’s graduation cords are to be worn as part of the student’s academic regalia at Commencement, and are intended to recognize the personal commitment of scholars in the field of African & African American Studies. The symbolism of the three colors used in the graduation cords – Black (communion with ancestral spirits, maturity), Gold (wealth, elegance, high status), Red (shedding of blood, sacrifice and struggle) – is informed by Ghanaian and African American cultural traditions, and will be listed in the Commencement Program alongside other graduation awards and honors

The ceremony will be patterned on traditional "Donning of the Kente" ceremonies held at four-year institutions in programs where students receive traditional Ghanaian Kente cloth stoles to be worn at graduation. In receiving their African & African American Studies graduation cords, students will be able to select up to two mentors – a member of the faculty,advisor, or staff member, friend, or family members – to join them on stage to don their cords.

A top student in African & African American Studies will receive the program’s annual Book Award in recognition of their accomplishments at the spring cording ceremony. In addition, their name will be listed on a plaque to be displayed at the college, recognizing all past recipients. Their achievement will be mentioned in the Commencement program.