This exhibition is in memory of Suzanne Cohan-Lange

The idea of the exhibition Combination/Relation was to feature artists who combine imagery that might otherwise seem unrelated in such a manner that a special relationship is established between disparate objects or images. Sadly, Suzanne Cohan-Lange, a sculptor who combined intriguing elements from nature with her figurative forms to comment on social issues, passed away before this exhibition could take place. Both Laura Cloud’s and d'Ann de Simone’s creative practices are reliant upon gathering a multitude of contrasting images and combining them to create a sensory experience. Both, too, reflect on the “impact of humans on our planet” by the multitude of “stuff” made by humans that use up our limited resources.

Laura Cloud creates installations, such as her Moroccan Markets, that define a particular time and place, with a feeling of memory by appealing to our sensory systems. In this work, comprised of photographs taken as she journeyed through the market, and a soundtrack of people hawking their wares, there is a feeling of sensory immersion, as if we are right there with her. She photographs stacks and displays of various objects, dizzying in their bright colors and multiplicity, set against the droning and frenetic sounds of human calls and trucks bringing ever more things to sell. Cloud travels frequently, and often creates works that reflect her impressions of place. In some of her other installations, she even includes the experience of scent, such as one where she casts dried roses on the ground. In Moroccan Markets, one is reminded of the scents of various spices, by inference, to complete the sensory experience.

While many of Cloud’s works are poetic and lyrical, this one implies the overbearing materialism of humans, showcasing mass-produced items that might be found in any American flea market, rather than the beautiful hand-crafted artisanal items that individualize a culture. Only in the photograph of stacks of shoes do we find something less familiar than global mass culture. Her “camera as observer” creates her usual lyricism in this work, but found primarily in the repetition of patterns and colors that create a rich visual and tactile experience. We are treated to a melange of visual material that portrays a sense of organized chaos, much as a large market might in our actual experience.

Like Cloud, d'Ann de Simone reflects on our “ever -diminishing ecosystem” as she indicates in her artist statement. She, too, combines images that are unexpected by combining references to both Eastern and Western cultures, utilizing both digital and traditionally hand-made images, and combining detritus of natural and human-made things that are considered as discardable. The very nature of making mixed-media collages allows for combining disparate elements into one work, and De Simone takes full advantage of the possibilities of a physical amalgamation of “stuff.” Like Cloud, she comments on mass production, utilizing images from the internet and other sources; she also comments on the “bombardment” of images we confront in our rapidly moving and changing world.

Her collages have a strongly layered appearance, just as we might see when perusing the Web, where ads and pop-ups overlay whatever image we might be trying to see more clearly. This frenetic overload of images actually affects our brains and how we see. Her works hectically combine tiny and larger elements, overlapping, colorful and at times, layered with actual fragments from nature, such as tree bark. There is no central focal point to the work, but instead a sense of all-over juxtaposition of imagery, that has, as she indicates, no hierarchy. This affirms her sense of how the world should be perceived, without judgement as to what is more important; her work concentrates instead on egalitarian values.

Both artists reflect on their contemporary world by combining disparate images and creating perceived relationships between them. They both subtly comment on our society that has forgotten to value its resources in a throw-away culture. They each take a different approach, using different media for different moods and intents; but in the end, their work relates because of their commentary on the social impact of over-consumption. The works are intriguing and beautiful, but just as important, socially significant.

My mixed media installations explore personal experiences, the passing of time and the ephemeral quality of nature. Using various materials each piece becomes an intimate personal documentation and interaction with time and place. The camera acts as an observer capturing fleeting moments, which are often insignificant and mundane. My collected images have been used in numerous ways from video projections to a series of over 1000 stills mounted on the gallery wall.

The photo and audio documentation for Moroccan Markets was the result of a residency program I attended during the summer of 2016 at Green Olive Arts located in Tetouan, Morocco. It was initially inspired by the patterns, colors, repetitions, and amassed quantities of merchandise found in daily life in and around Tetouan. When I was informed that mass-produced products were replacing Morocco's traditional hand-crafted objects because of various international free-trade agreements the project took on a more sociopolitical narrative. I have continued to use the raw material over the past several years to explore different ways of installation, experimental formatting and sizing, new printing methods and finally the addition of recorded sound (2020).

Laura Cloud's work has been exhibited internationally and nationally. Exhibitions include: actuel’art/lagalerie in Paris; Le Logge Art Gallery, Assisi, Italy; the Museu Historico de Santa Catarina in Florianopolis, Brazil; the Liu Hai Su Art Museum in Shanghai, the Ukrainian Institute of Modern Art in Chicago and the Sidney Yates Gallery in the Chicago Culture Center. She was invited to speak about her work at the 6th Annual International Conference on the Visual and Performing Arts in Athens, Greece. In 2016 she was an artist in residence at Green Olive Arts in Tetouan, Morocco and in 2019 she was an artist in residence at the Arte Studio Ginestrelle in Assisi Italy. Recent projects include collaborations with Michigan State University's RECap Lab, the Snares to Wares Initiative and the Uganda Wildlife Authority.

Laura is an Associate Professor and coordinator of the sculpture program at Michigan State University. She received a BFA from the University of Hartford, Hartford Art School and her MFA from the Rhode Island School of Design. 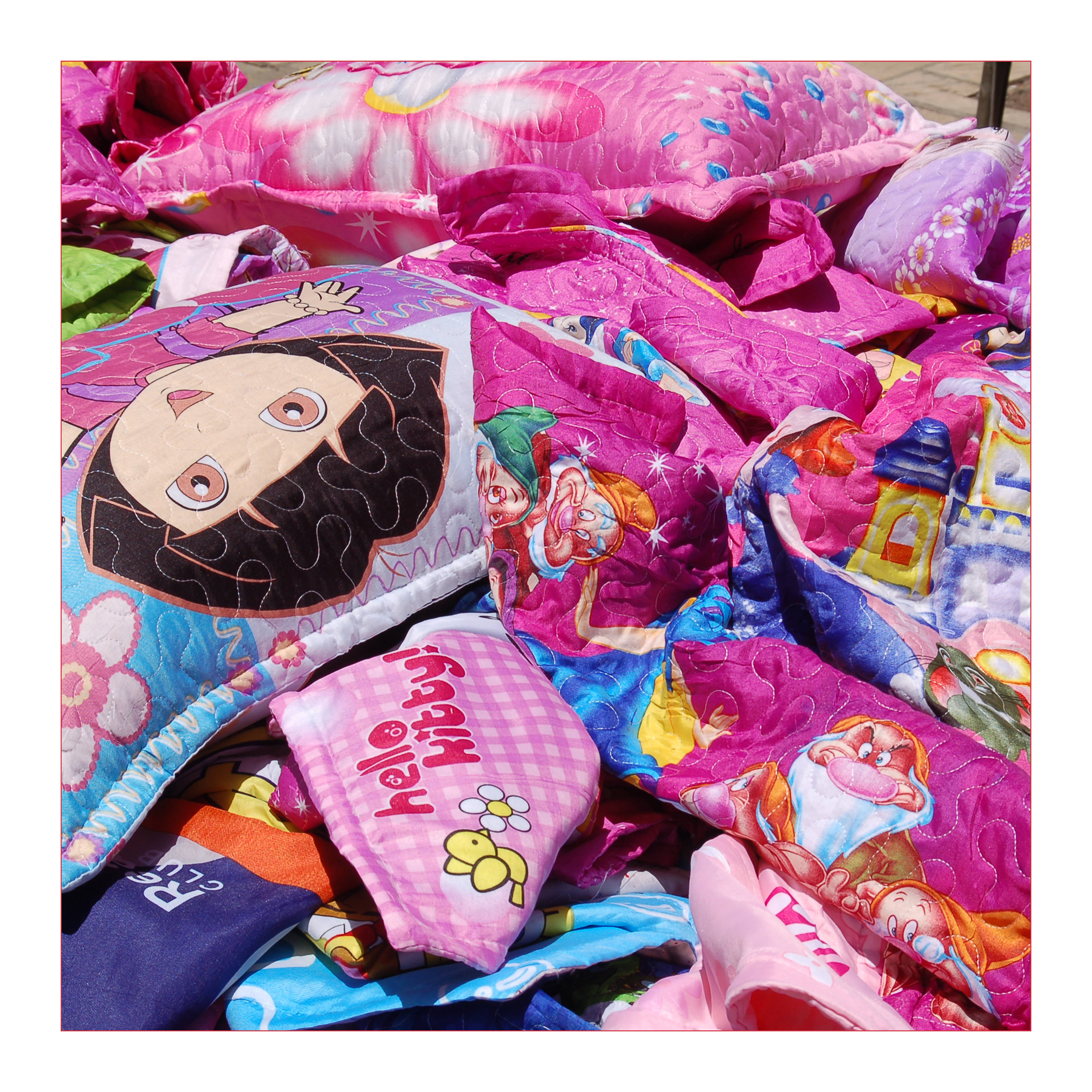 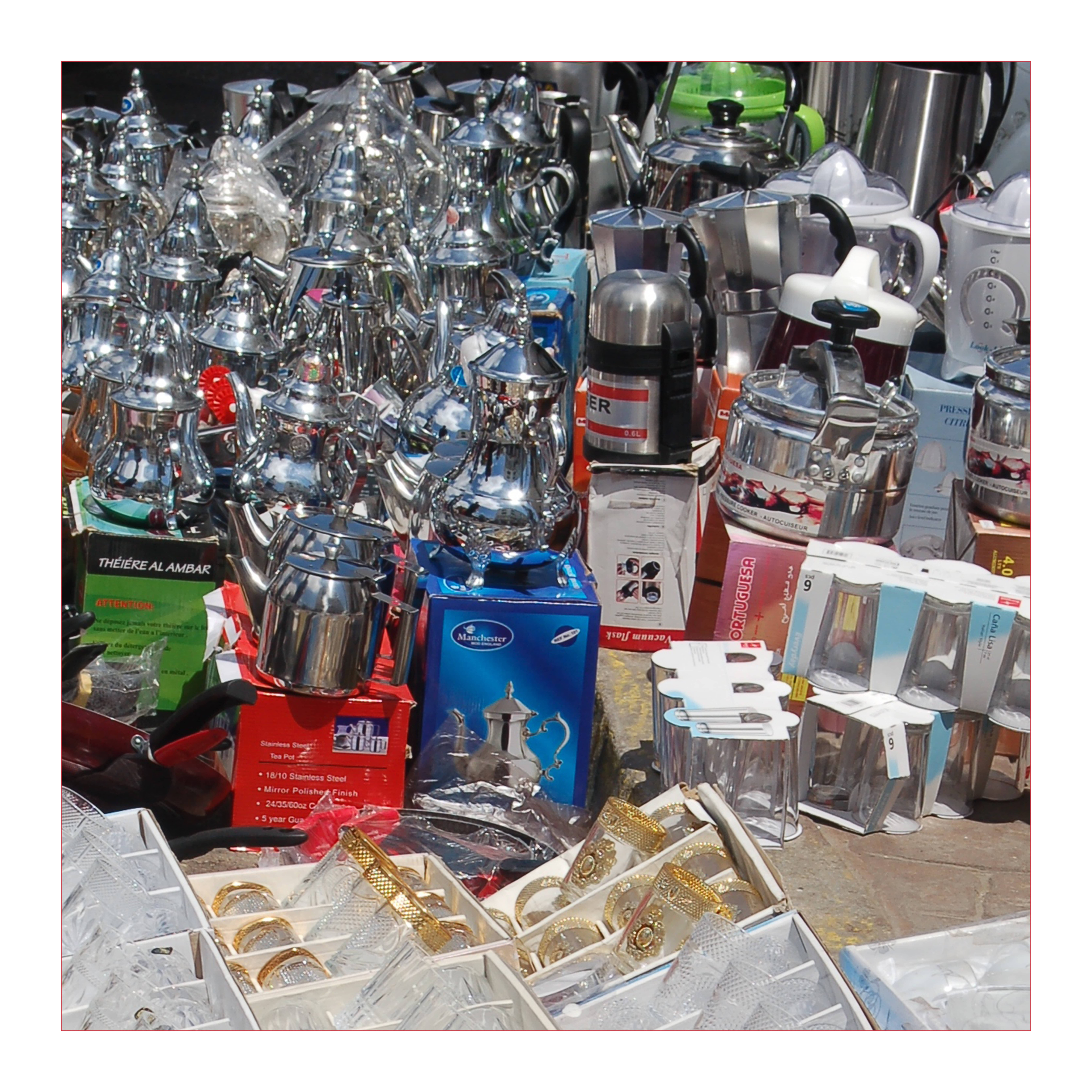 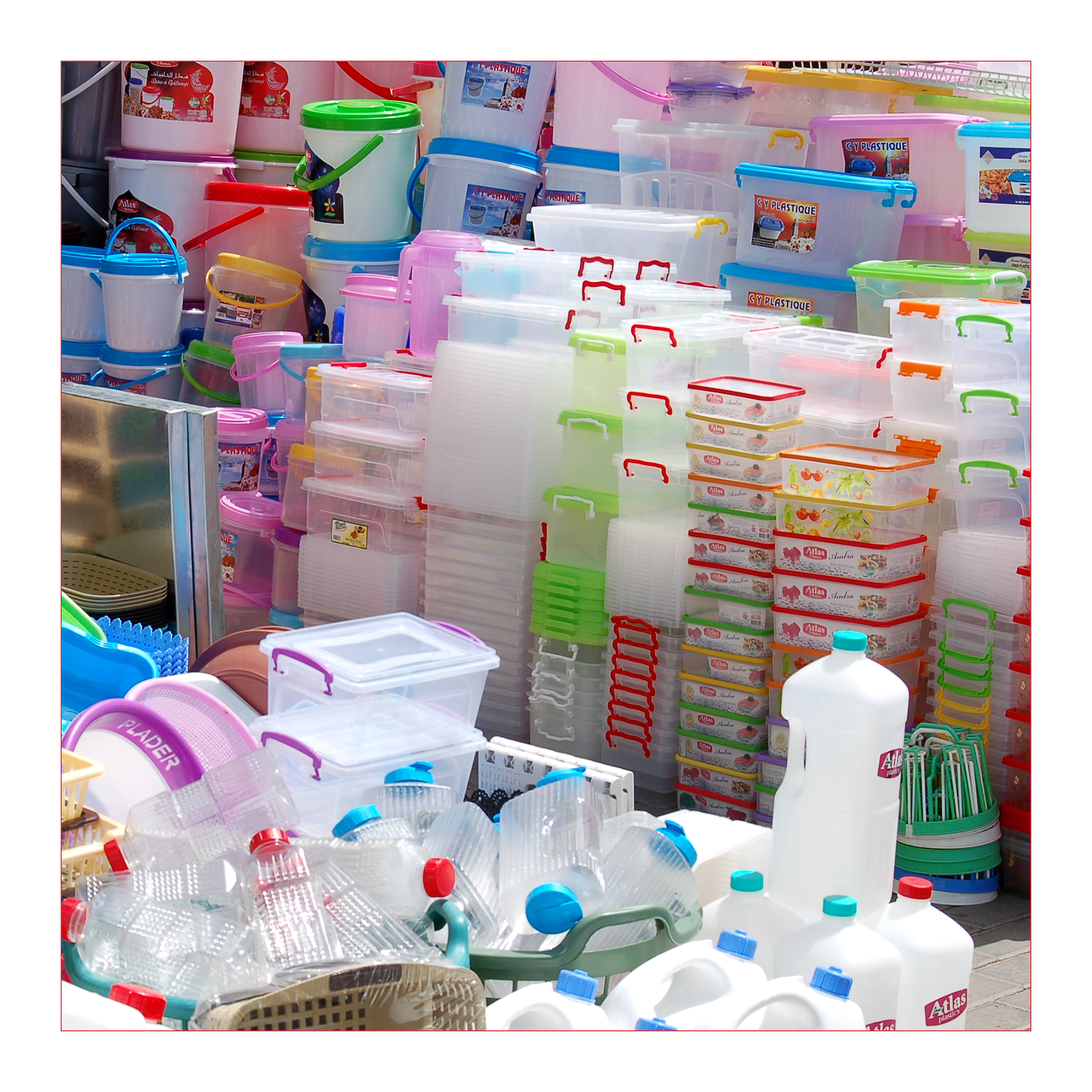 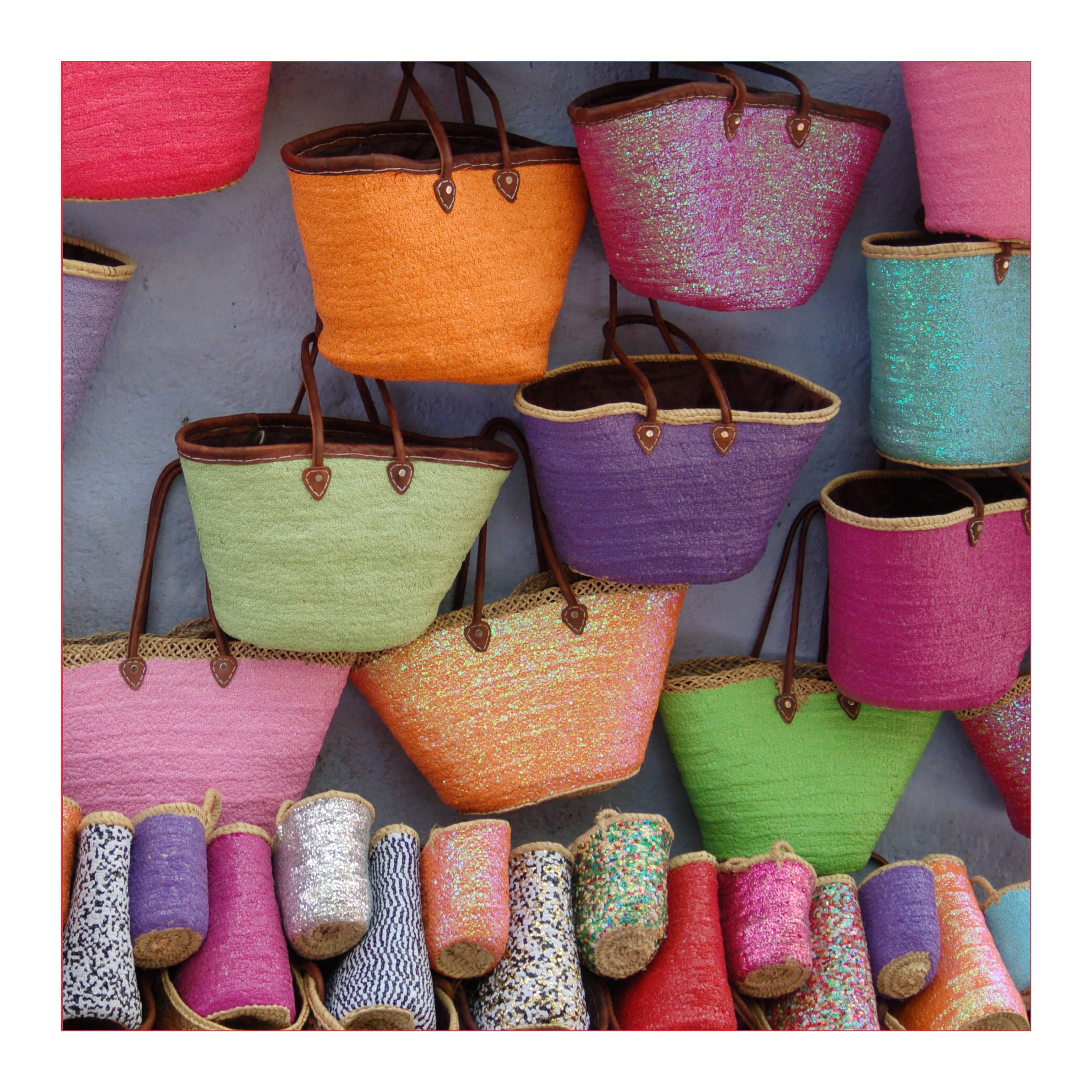 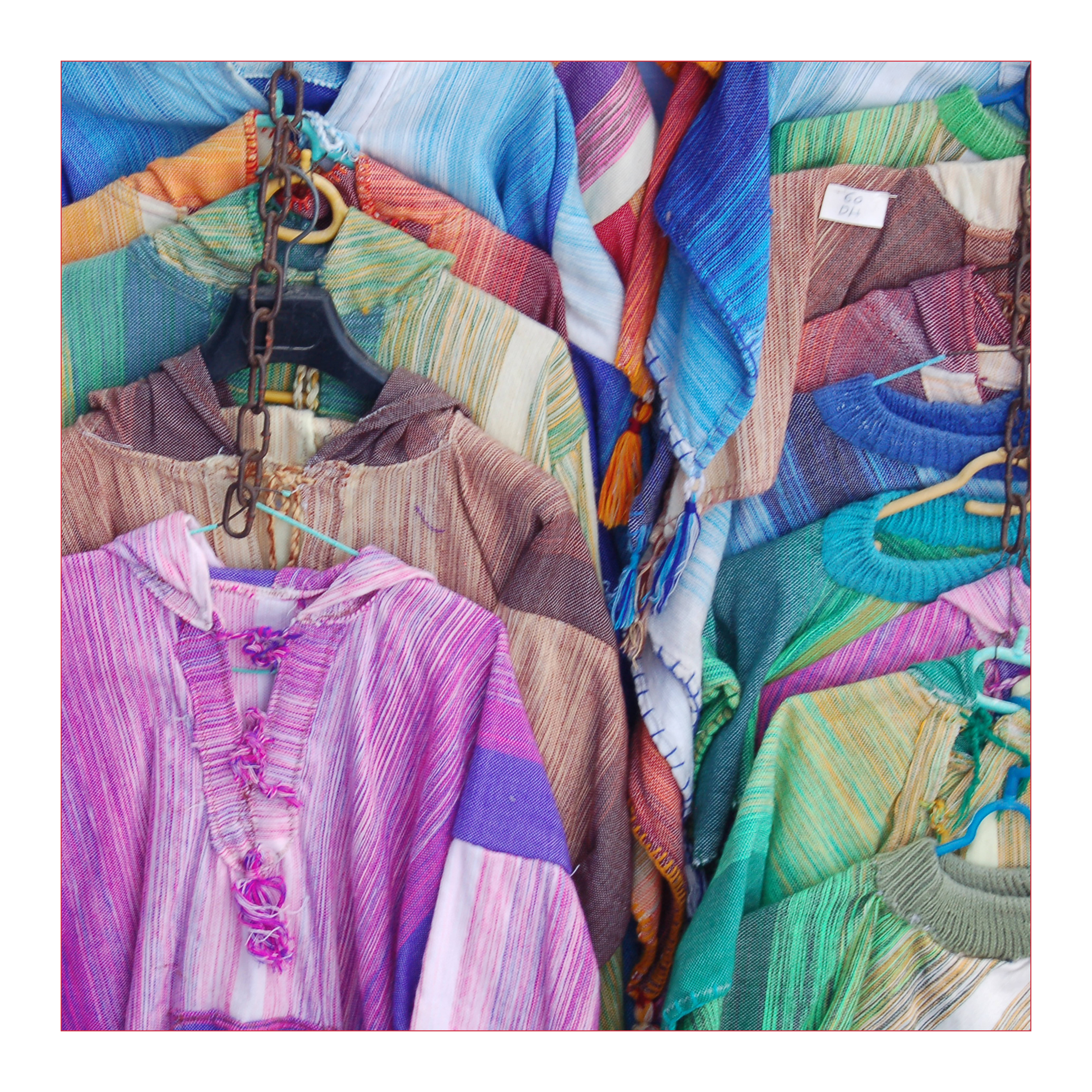 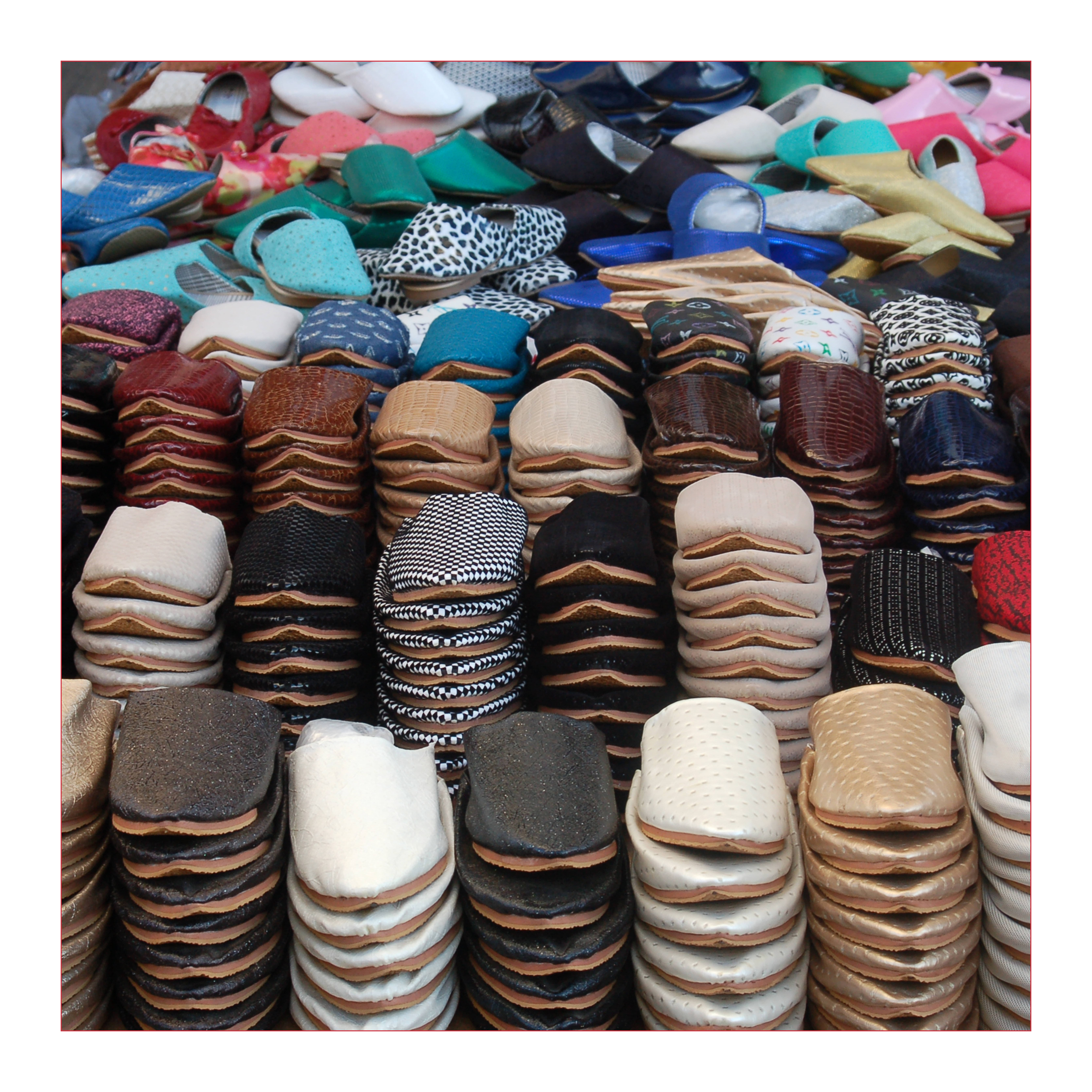 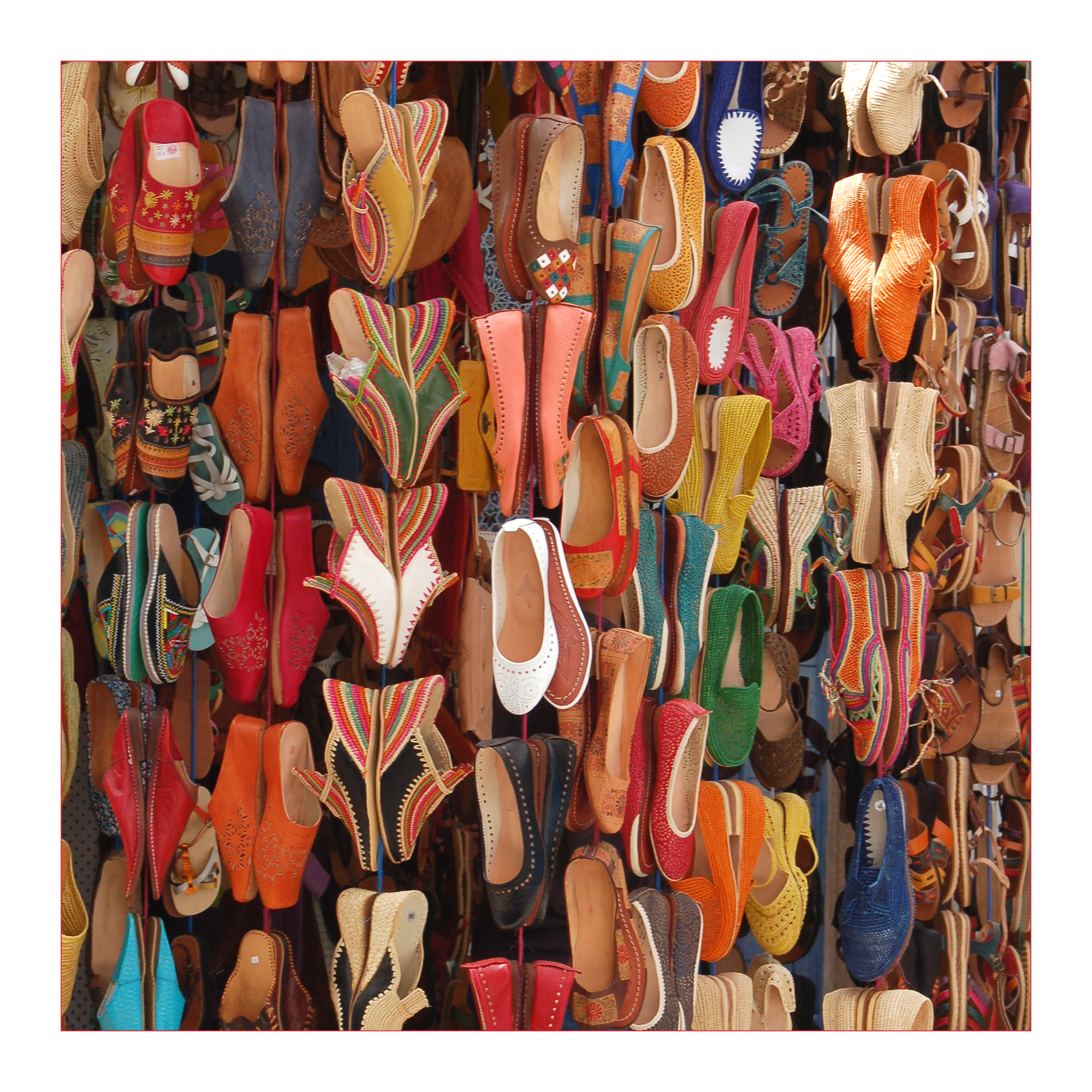 The mixed media collages deal with the inherent failings and perils of industrial and digital civilization. Pervading the art is a persistent focus on the impact of humans on our planet and the other species with whom we share an ever-diminishing eco-system.

My studio practice is grounded in feminism: building on the first wave in which craft is positioned in opposition to modernist value systems, the collages are tied to more expansive global and social issues. Traditional Eastern images are paired with Western, the material with the digital, traditional media with mechanically produced.

The work conflates throw-away images gleaned from the web along with the detritus of culture: discarded trash, recycled art, actual pieces and images of nature, many on the microscopic scale. Titles are often linguistic collages, constructed hybrids to reference content.

The paradigm of how to live meaningfully, continues to shift, shaped by the constant intrusion and exhausting bombardment of images and snatches of information on our screens. The work, too, is generally frenetic, difficult to pull into focus or hierarchize.

A native of Westerly, Rhode Island, I currently split my time between homes in East Lansing, Michigan and New Haven, Connecticut. I teach painting and printmaking (lithography) at Michigan State University.

I received my BFA from Rhode Island School of Design (RISD) and Brown University in Providence, Rhode Island. I was a European Honors Fellow in Rome for one year. After undergraduate school, I studied art history at Brown and then realized I could only devote my life to one thing and be good at it. I obtained an M.F.A. in painting and printmaking at University of Massachusetts, Amherst.

I direct a summer study abroad program in Austria: “Music, Art, and Language in Bregenz,” where I teach art history, political history and culture.

My current gallery affiliations include A.I.R. in Brooklyn and K12 Galerie in Bregenz, Austria. In 2014, I represented K12 Galerie in a three-person exhibition at the international art fair, Art Bodensee, in Austria. My work was included in the 2017 Kochi Biennale in India. In 2022 I will have a solo show at A.I.R. 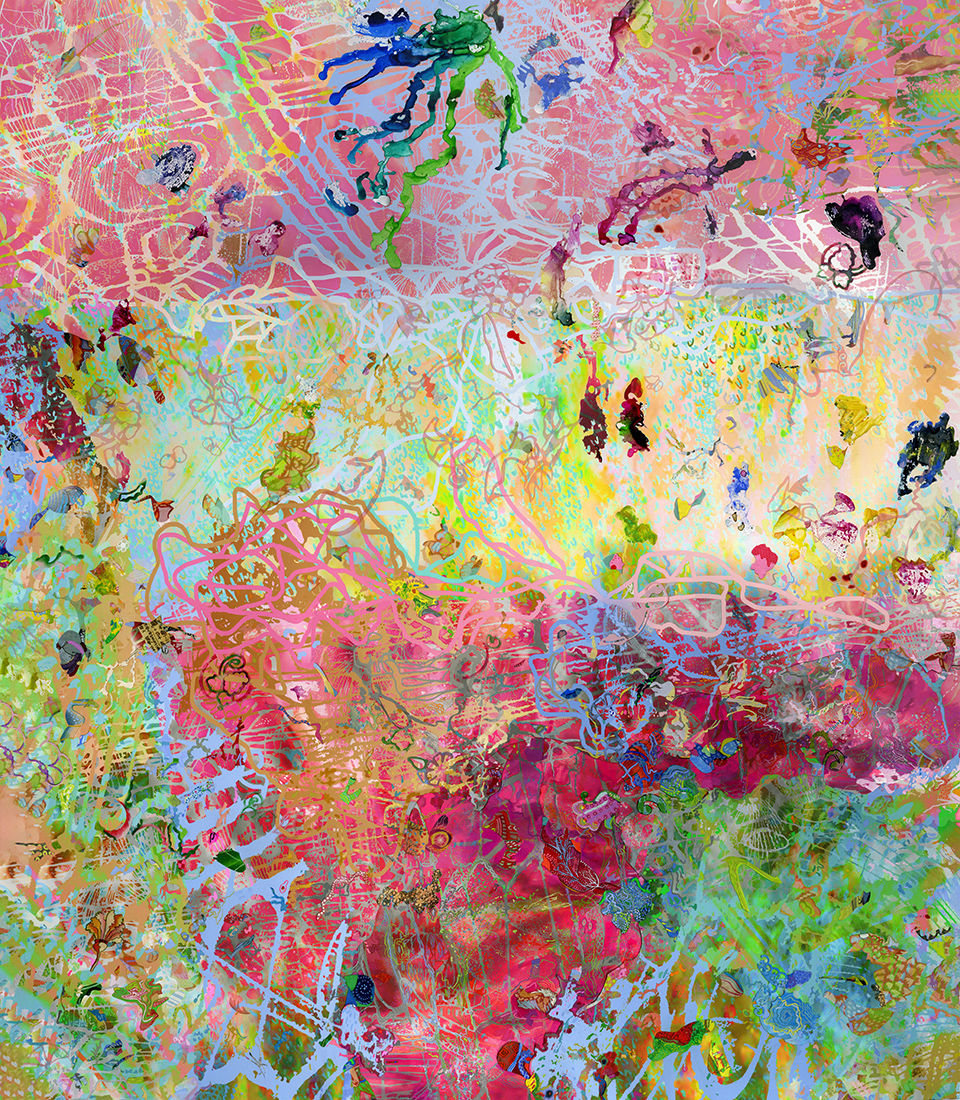 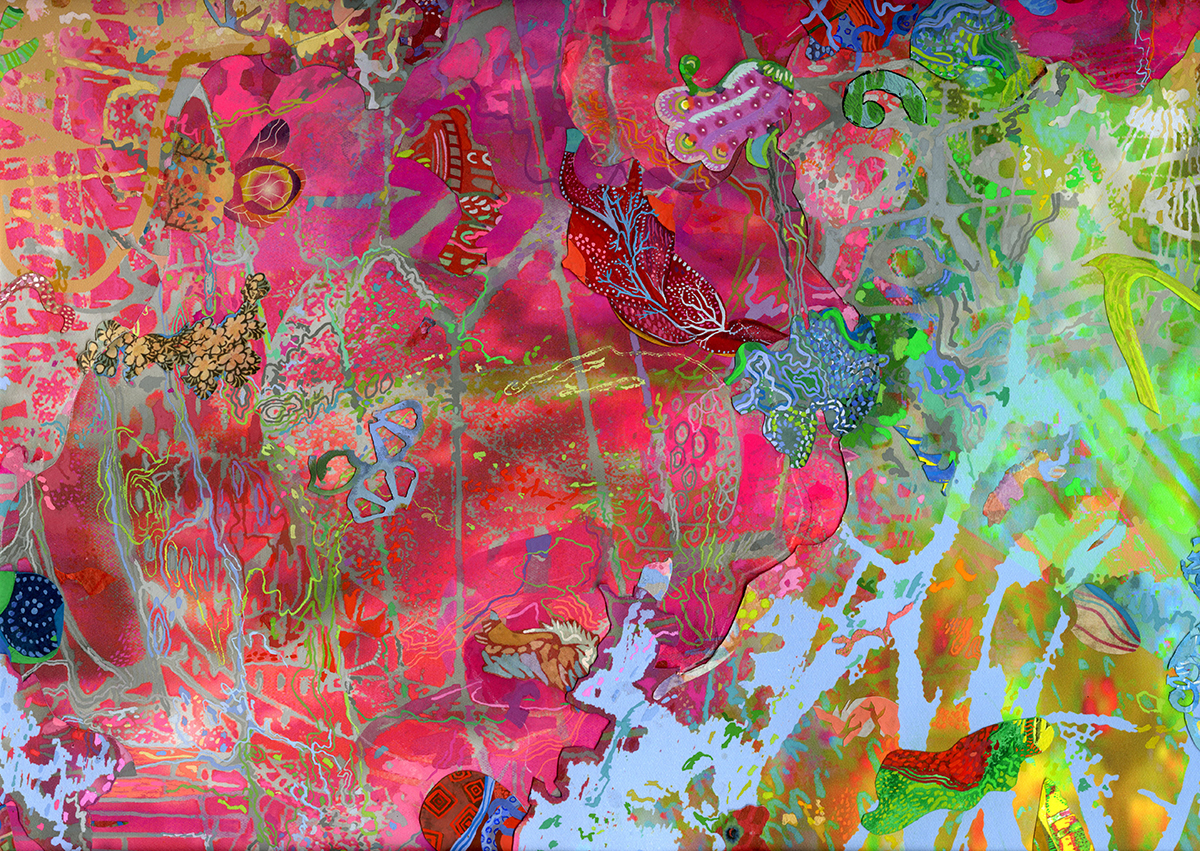 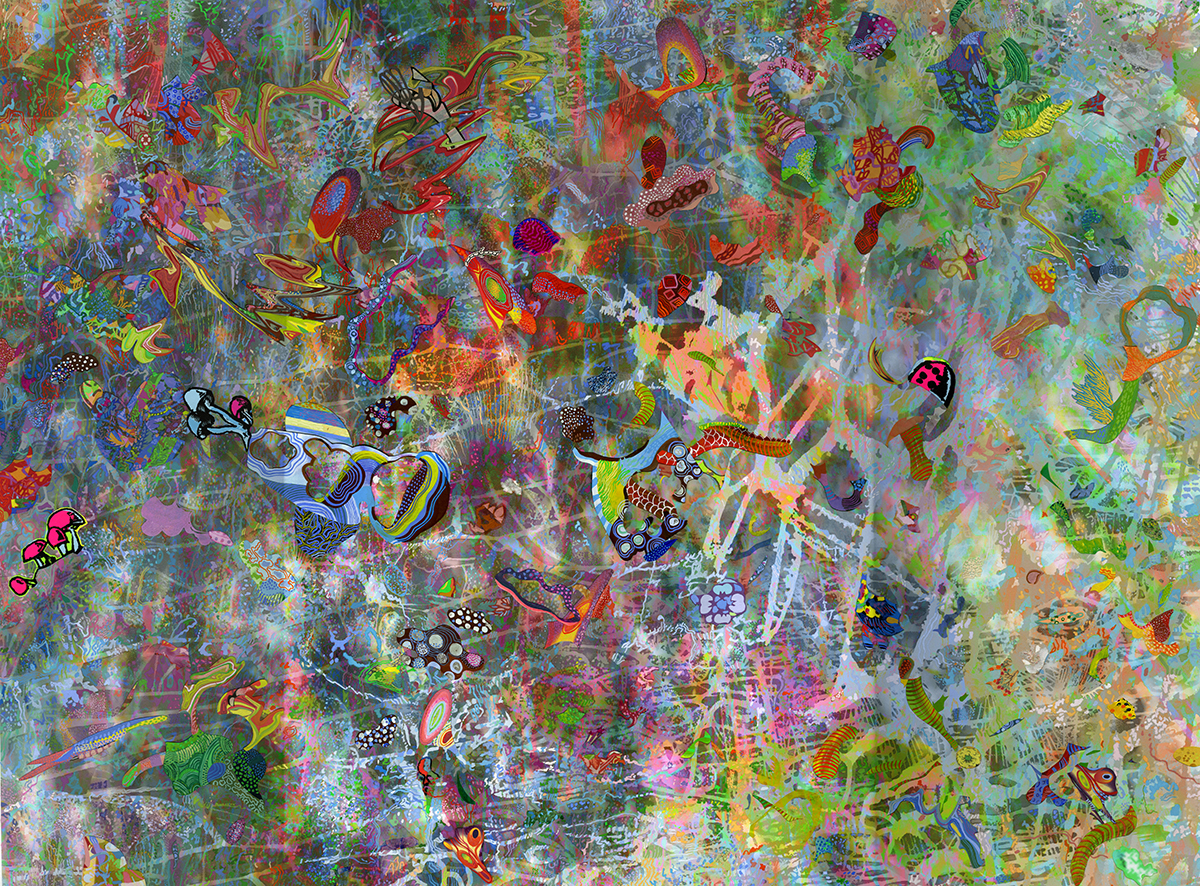 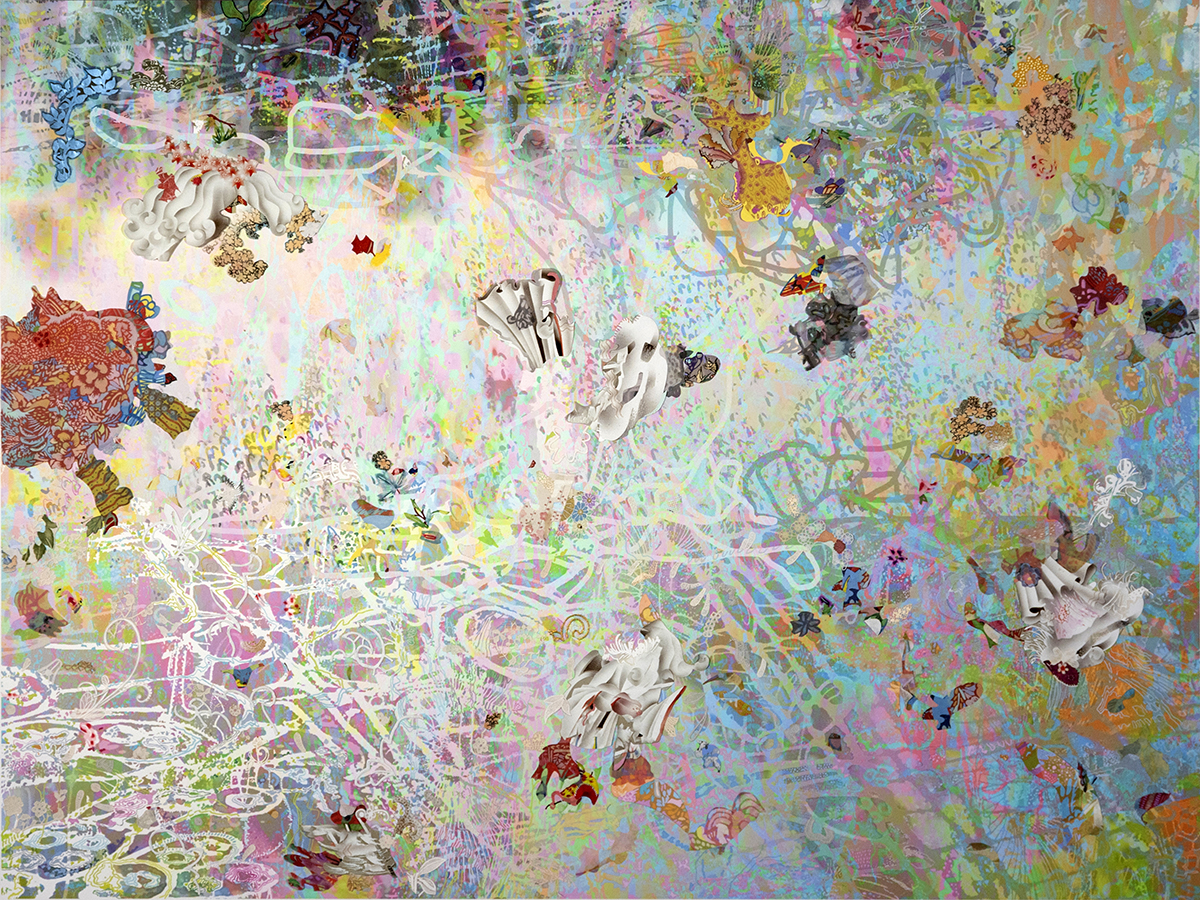 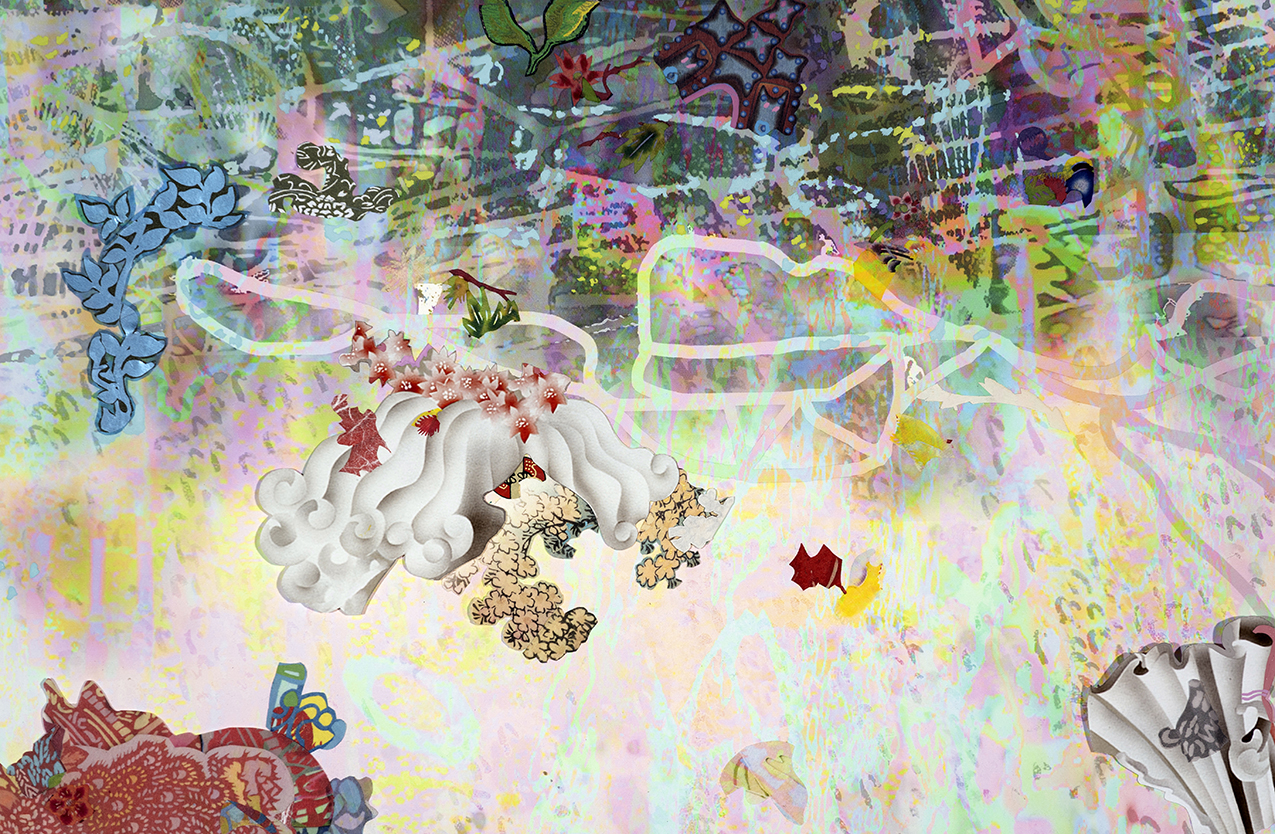 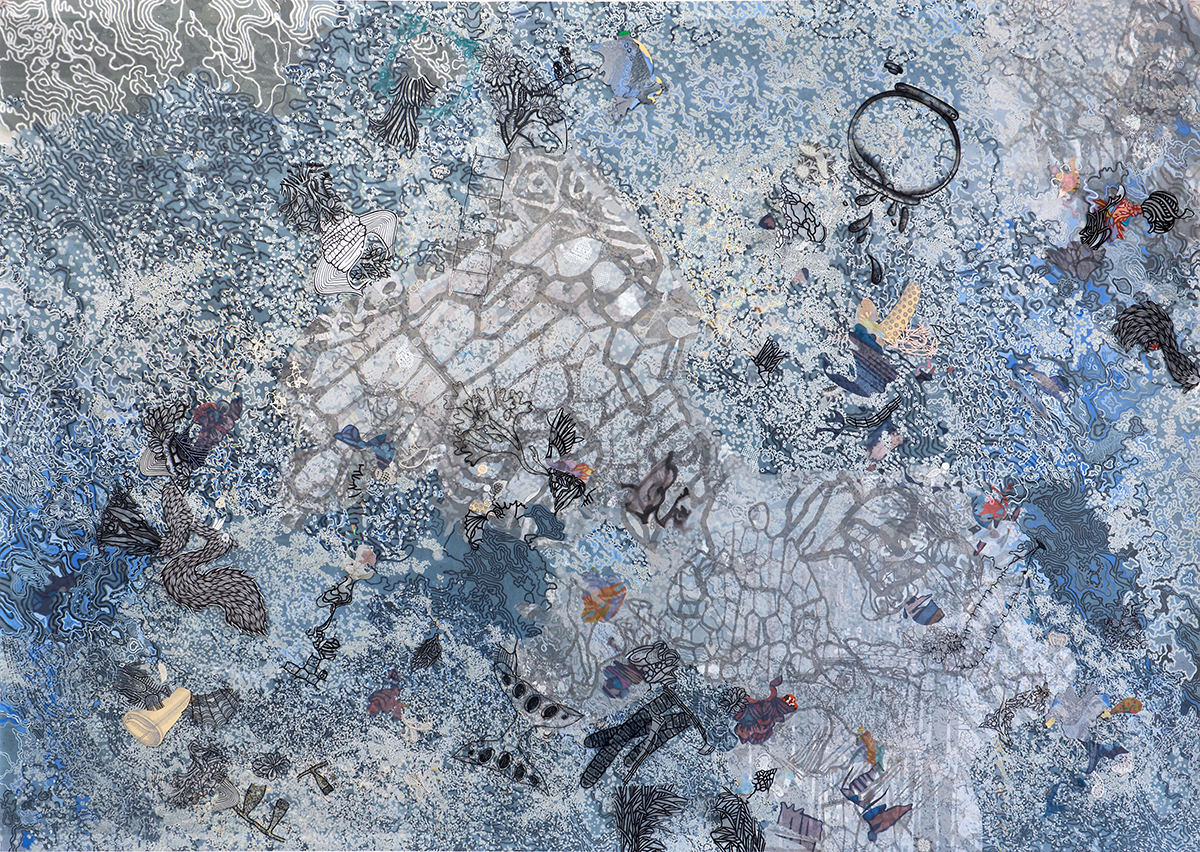 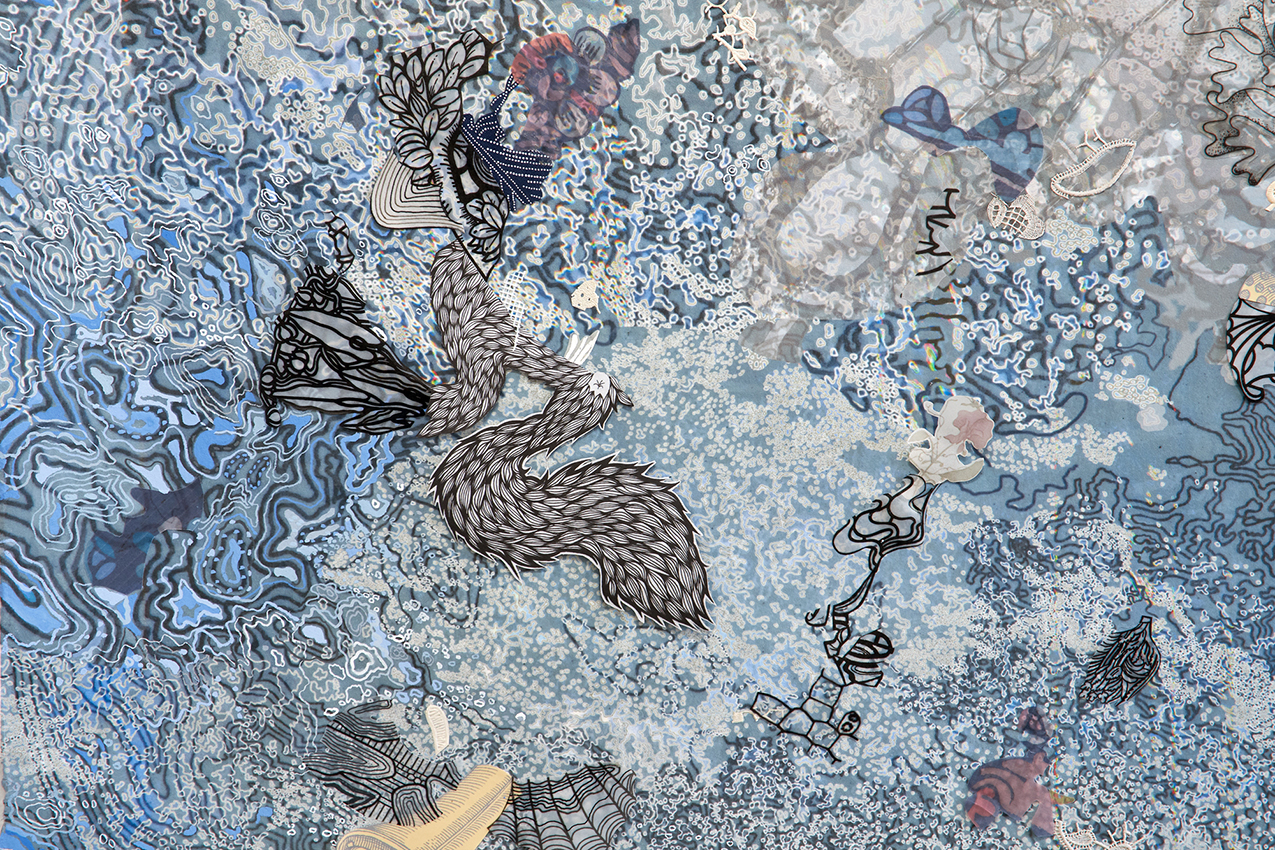 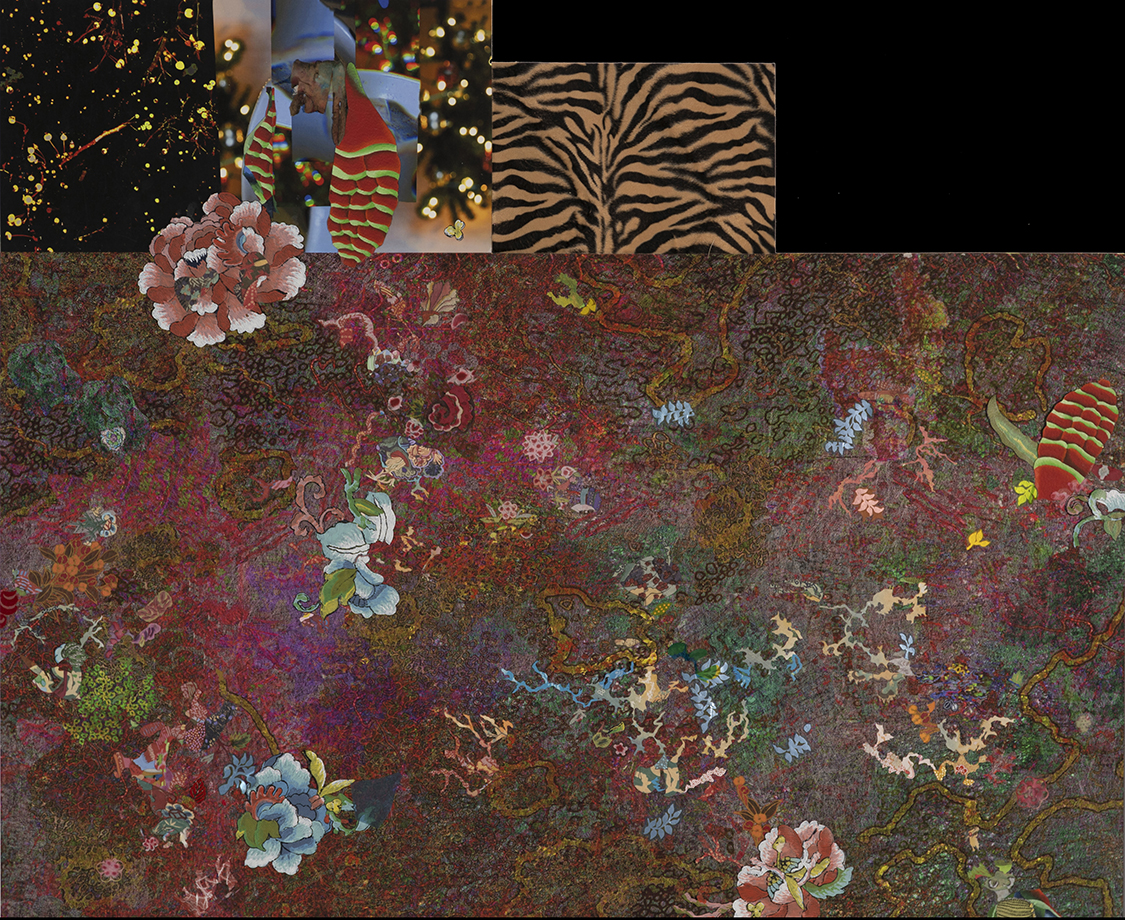 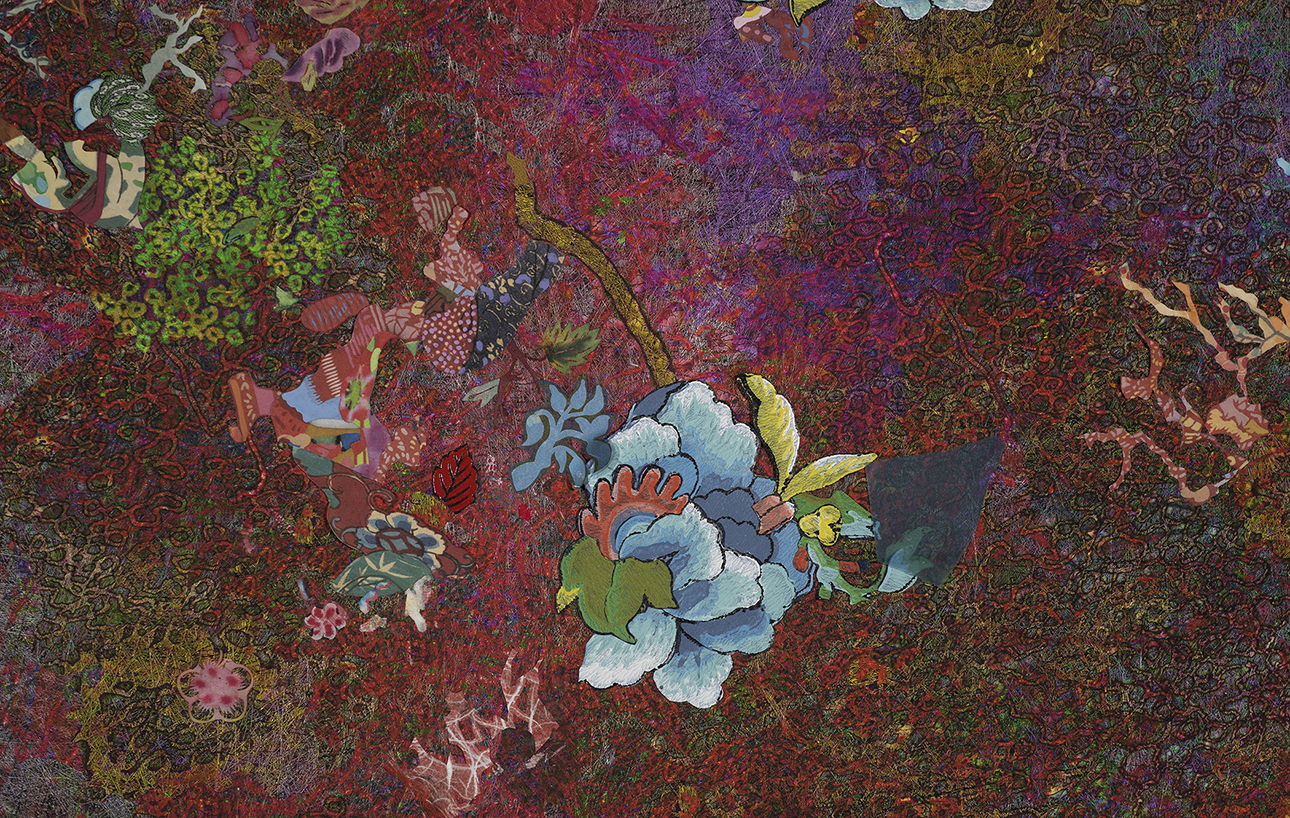 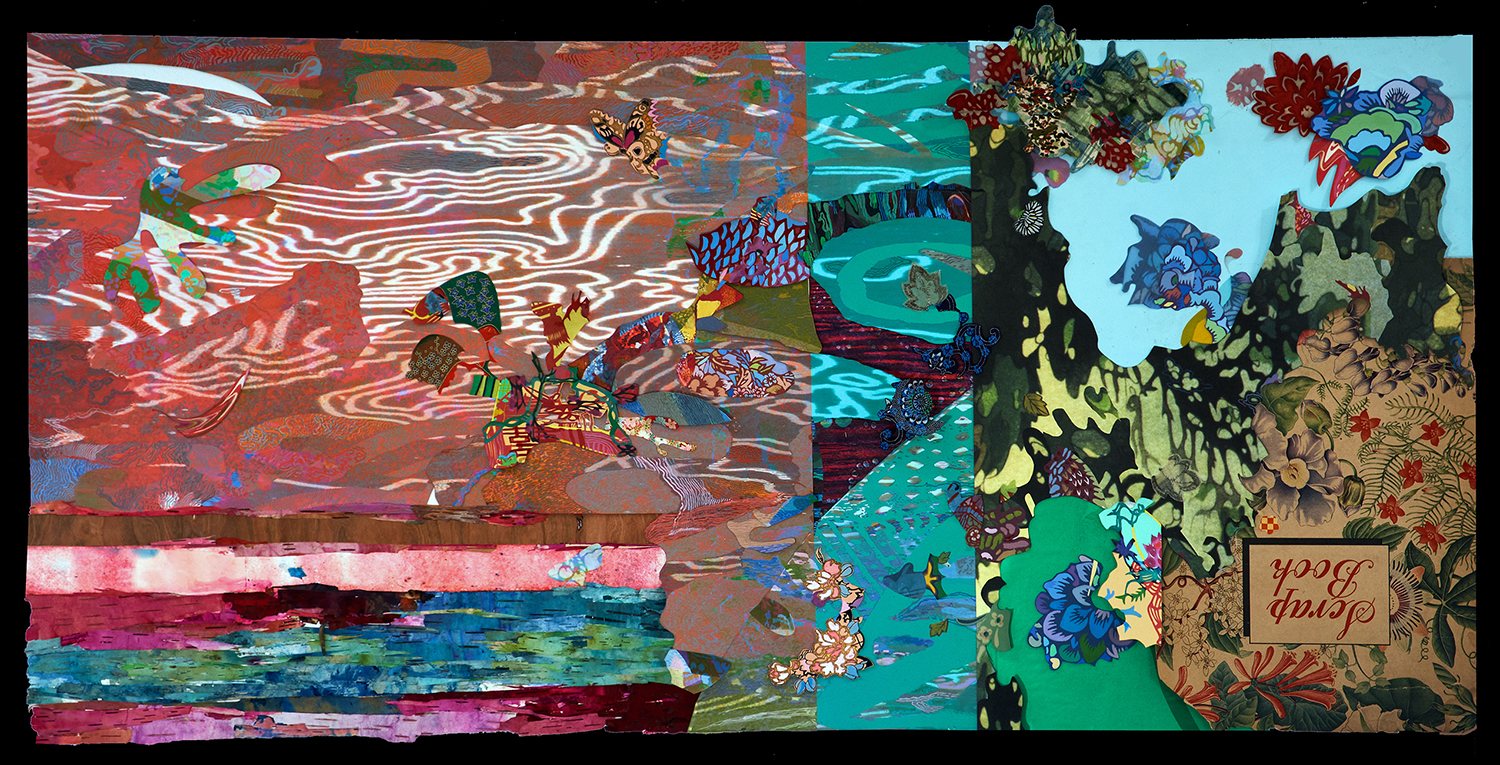 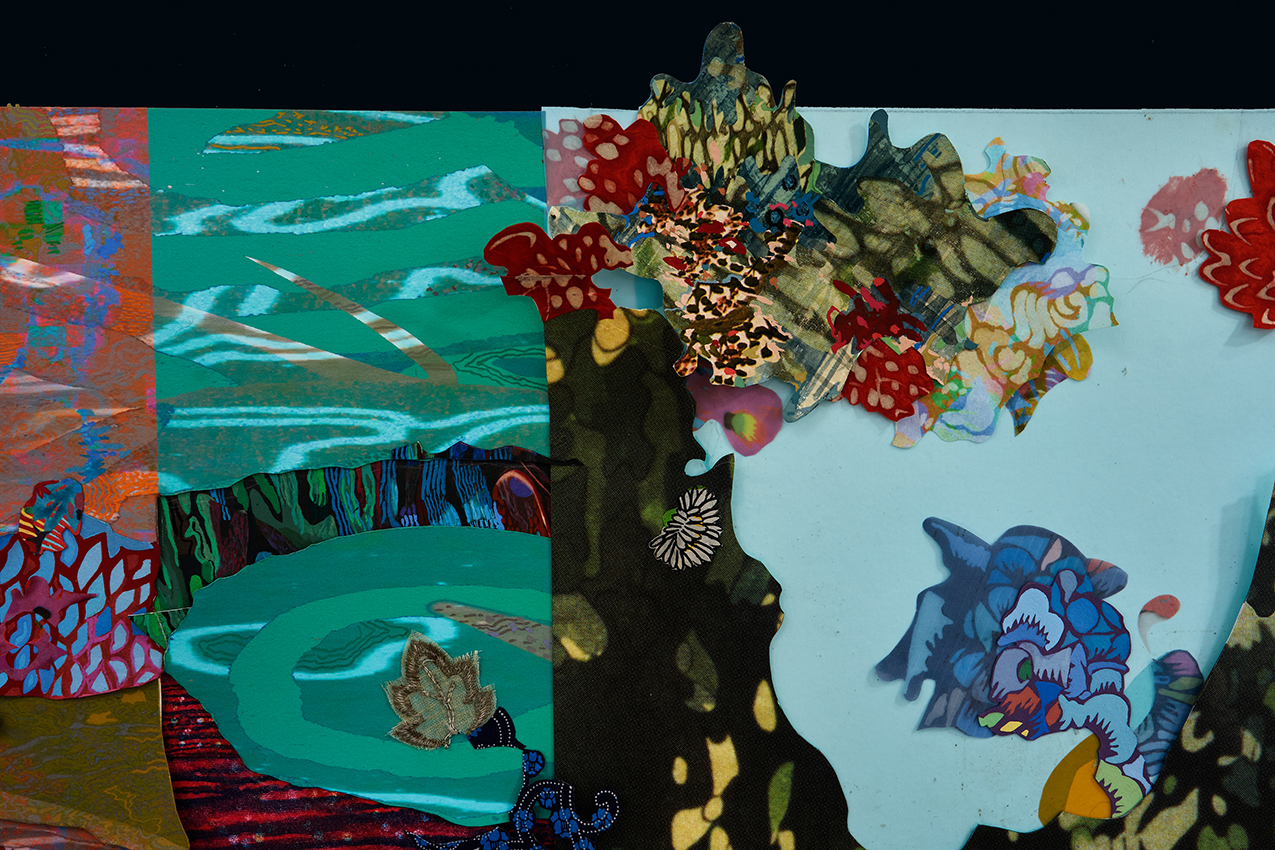 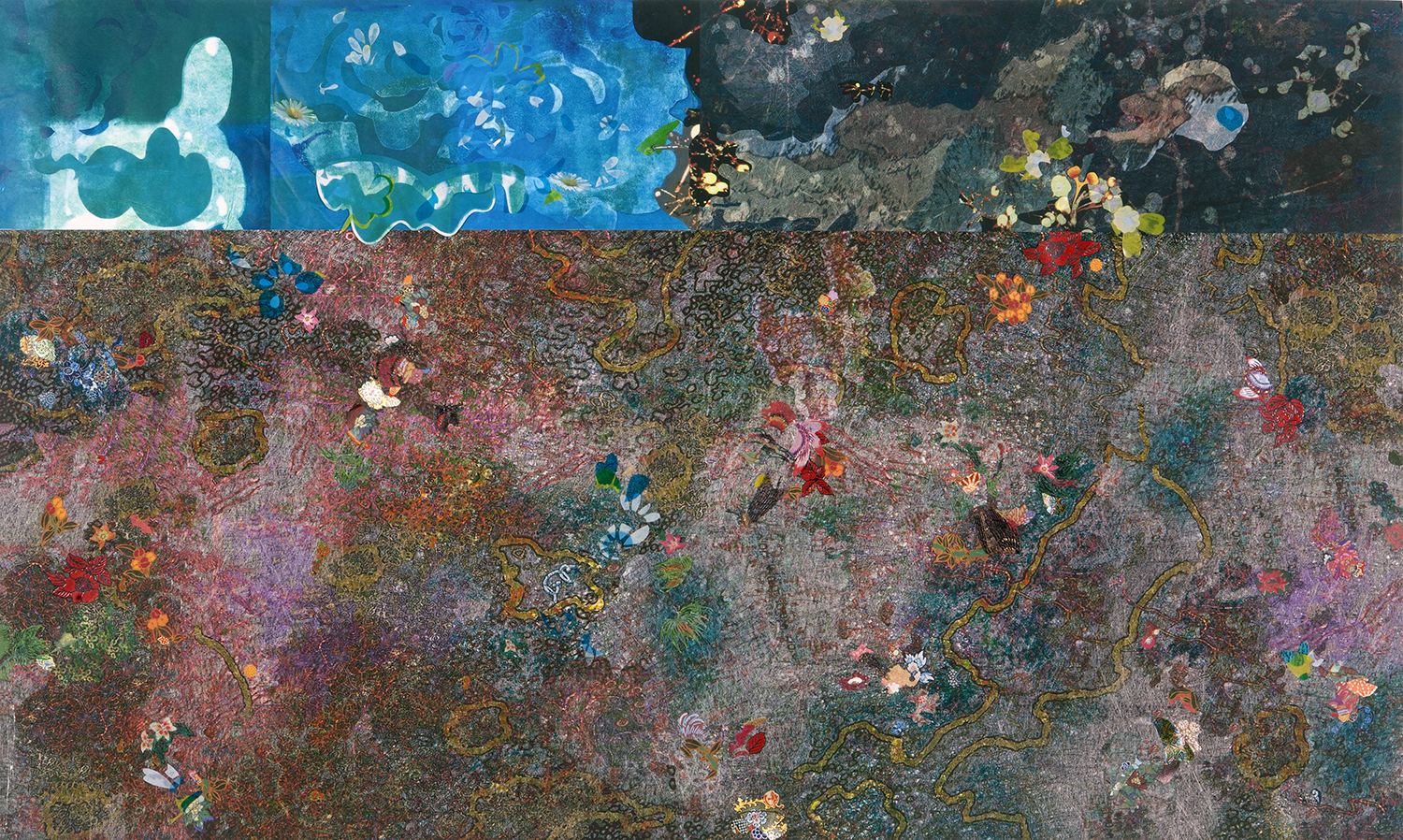 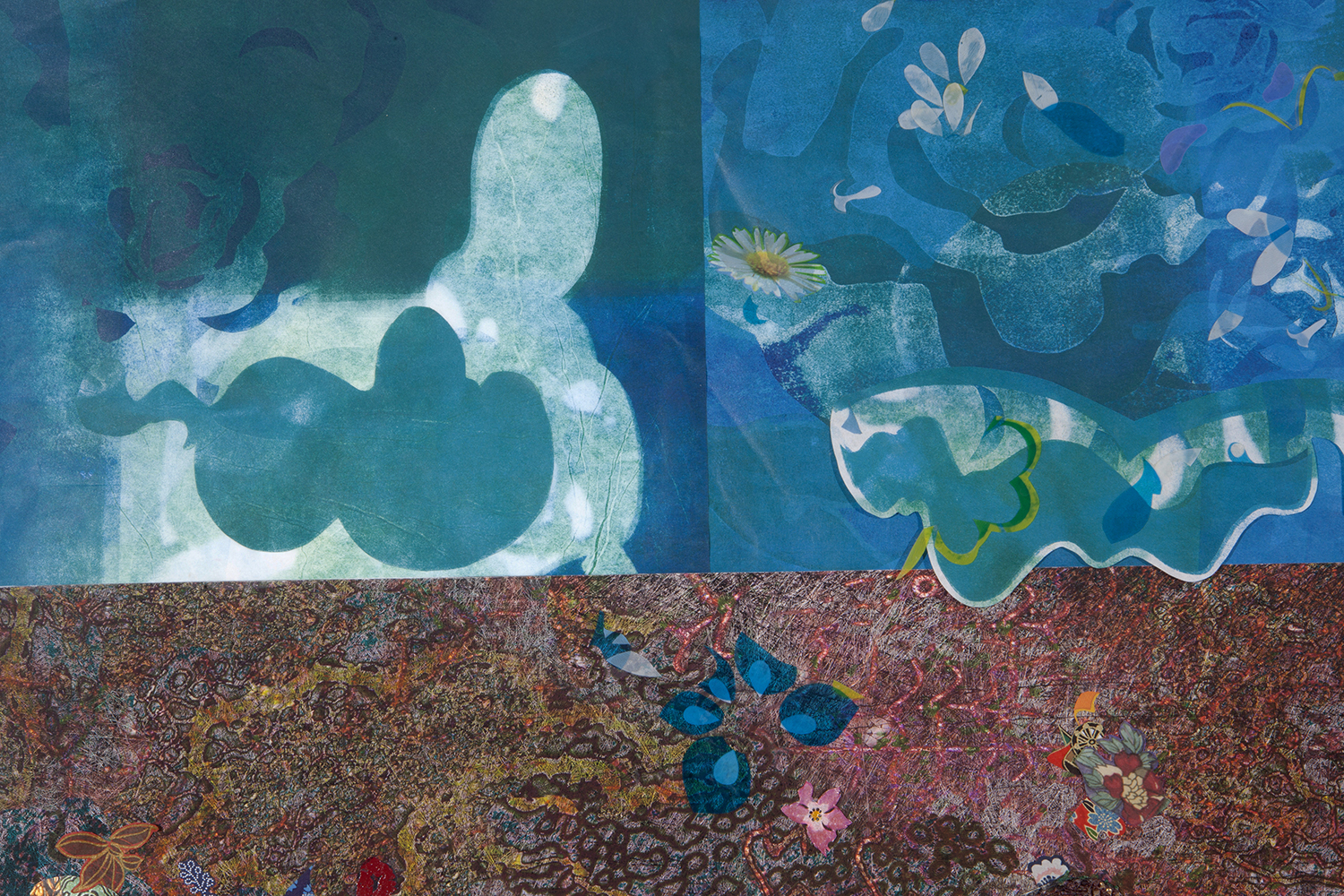 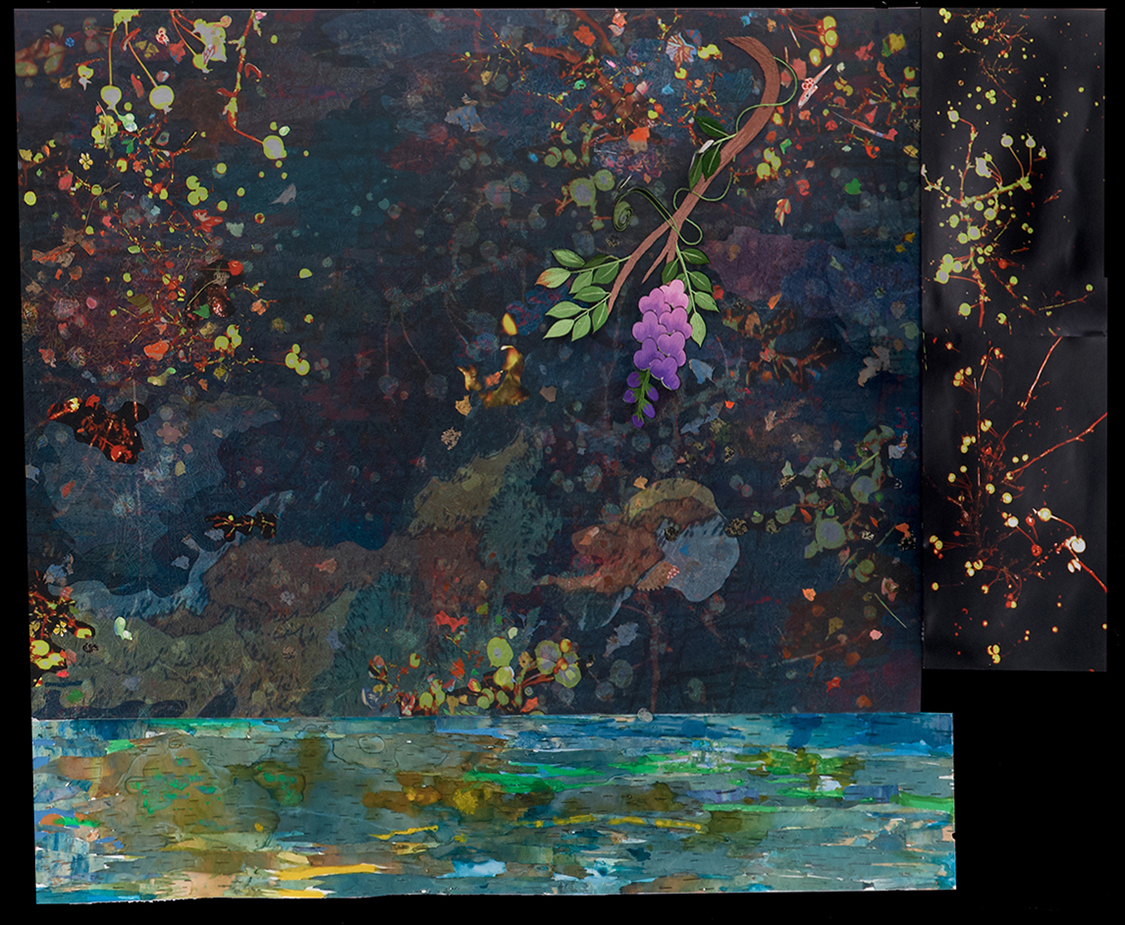 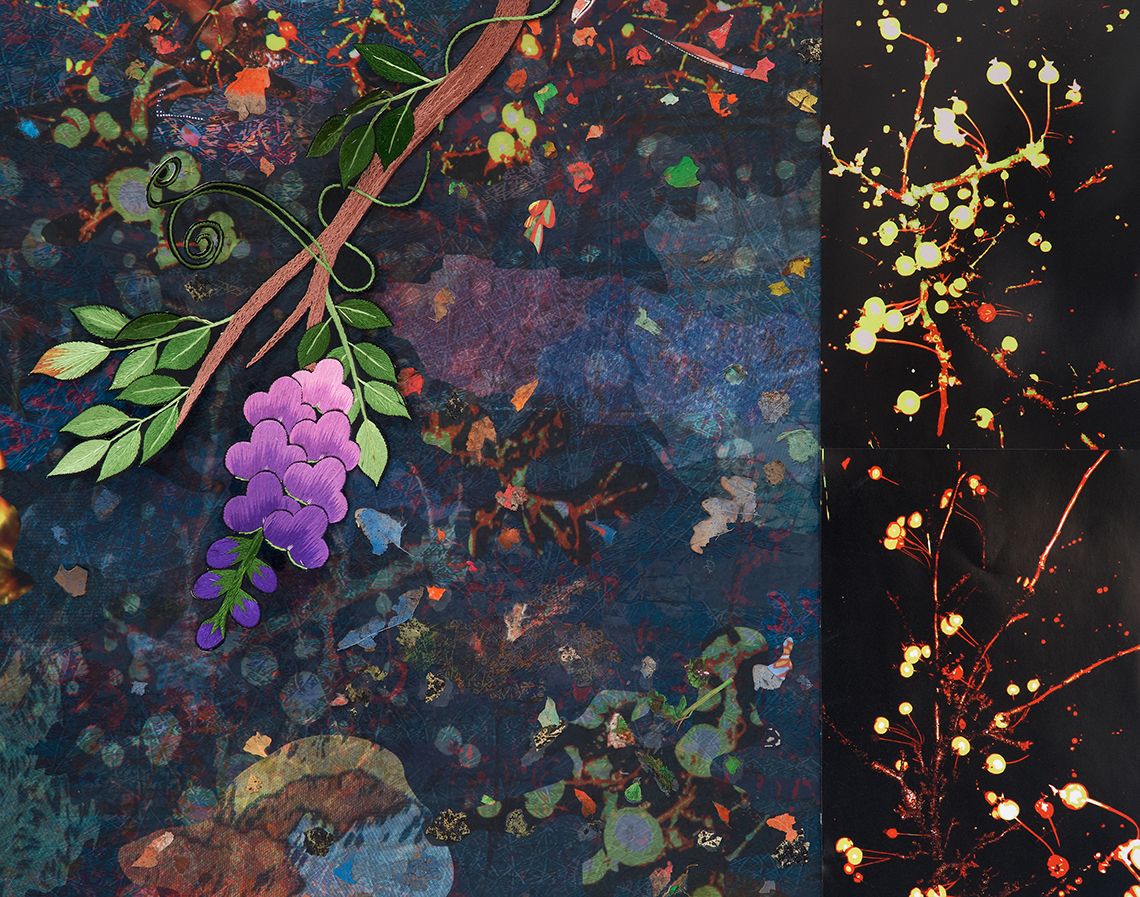