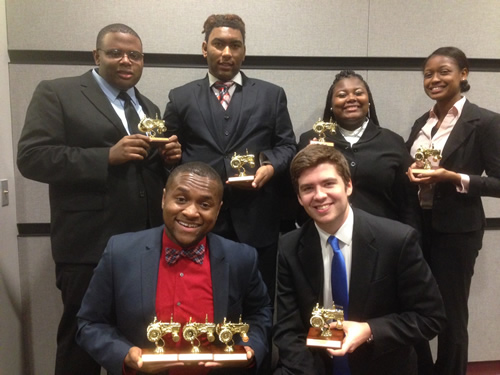 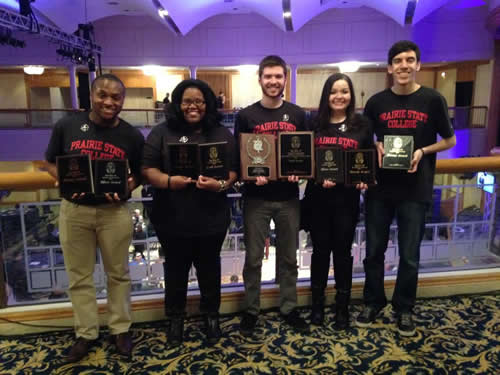 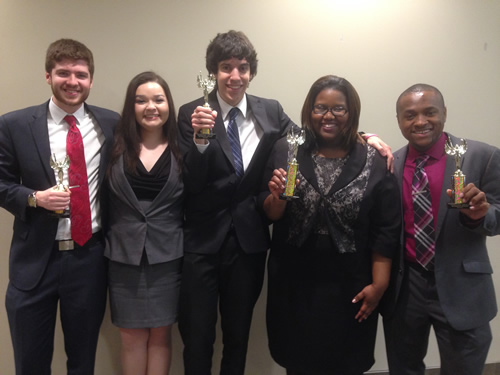 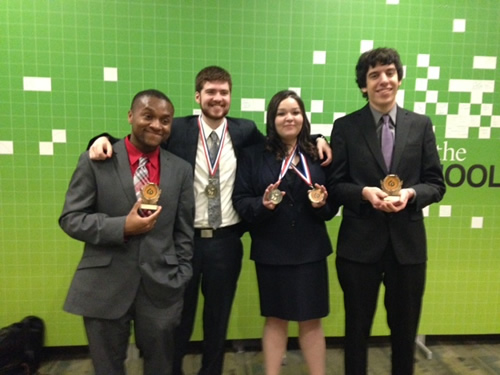 The members of the Prairie State College speech team bringing home individual awards from a recent tournament at the College of DuPage were (from left) Patrick Sheard, Dan Blweitt, Kelly Crescenzo and Colin Gallagher. 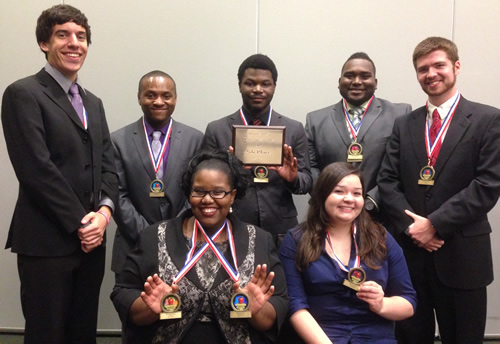 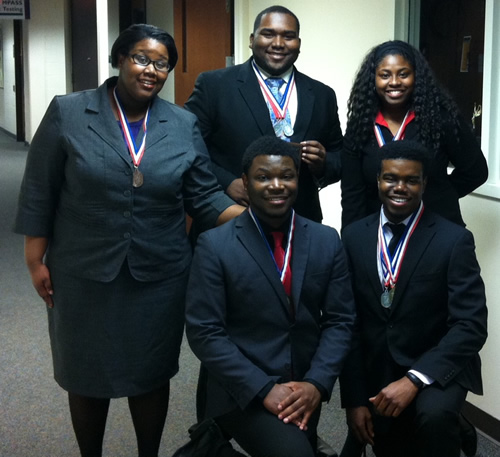 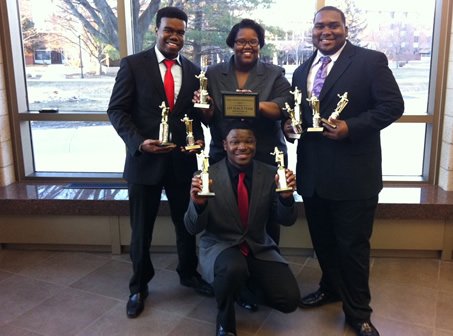 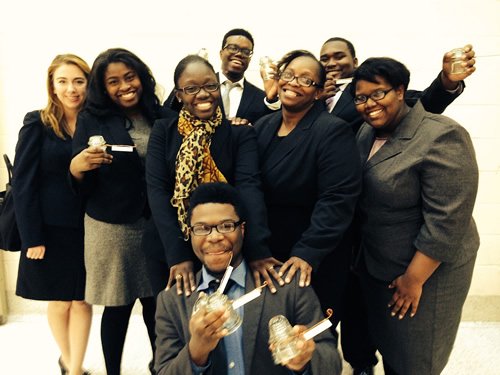 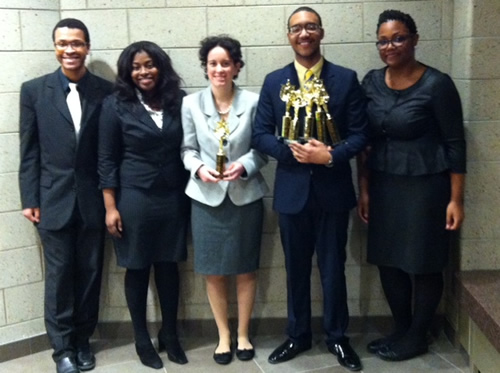 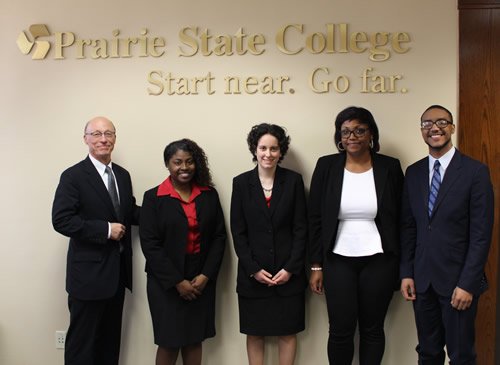 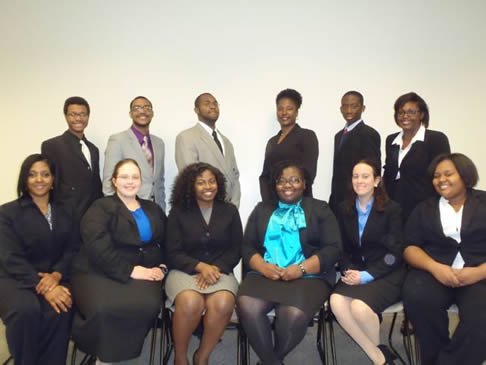 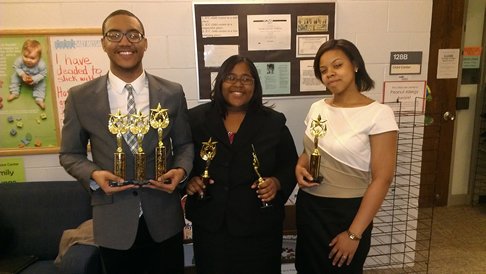 Congratulations to the following PSC students for their successes in the recent tournament hosted by College of DuPage: 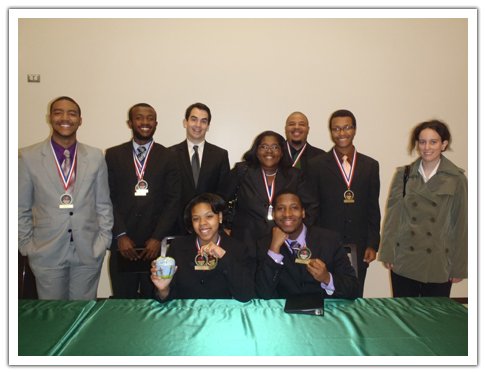 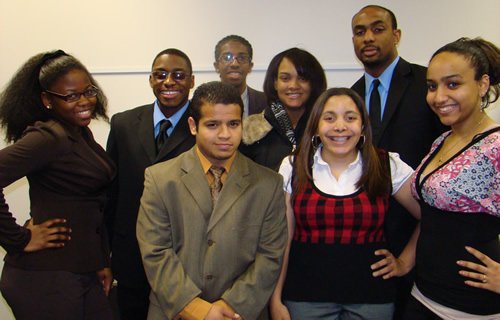 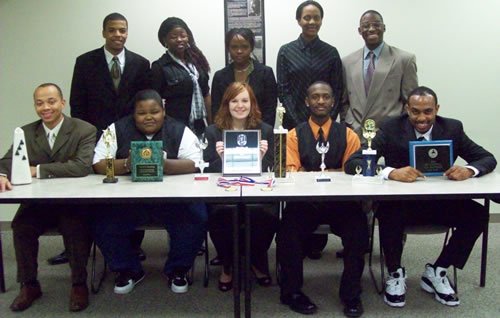 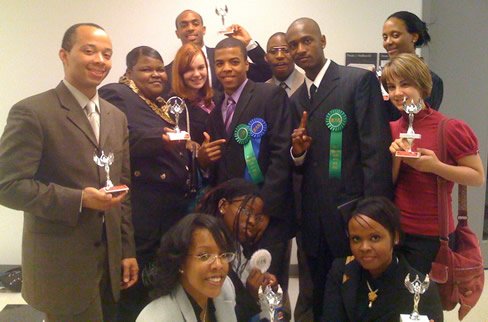 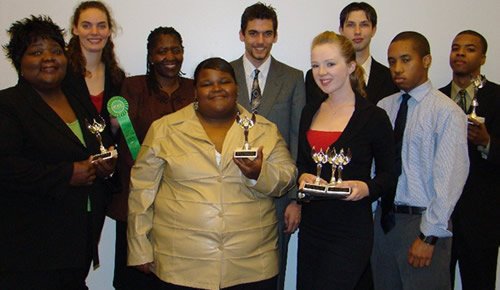 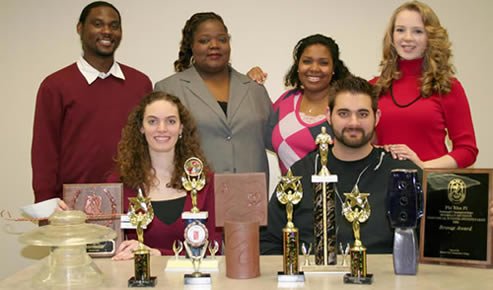 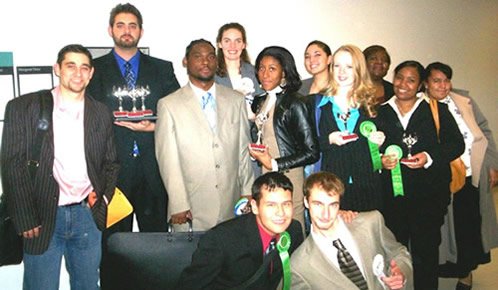 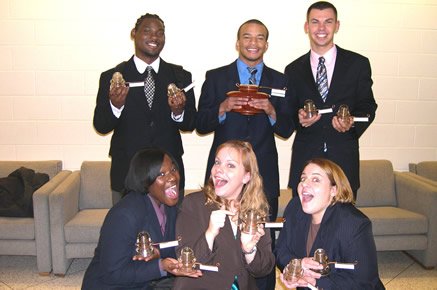 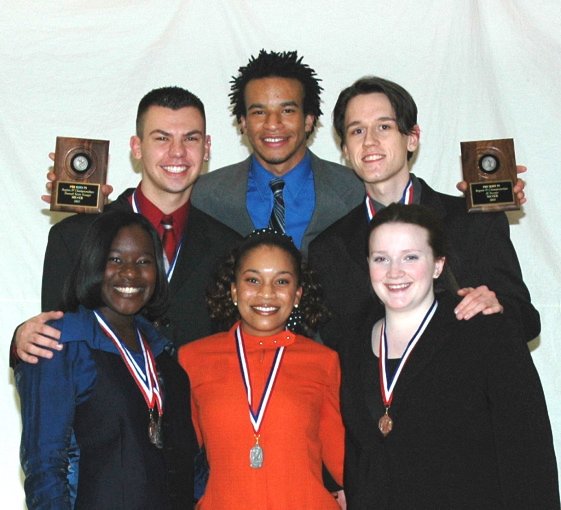 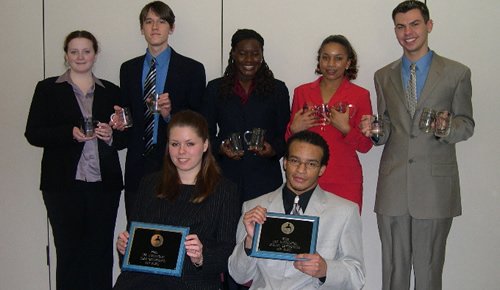 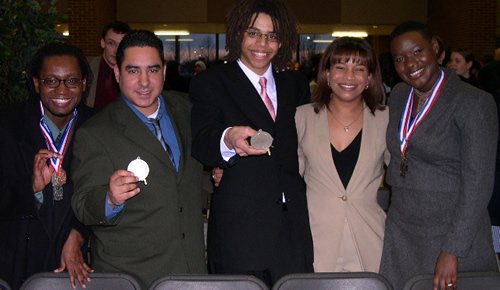 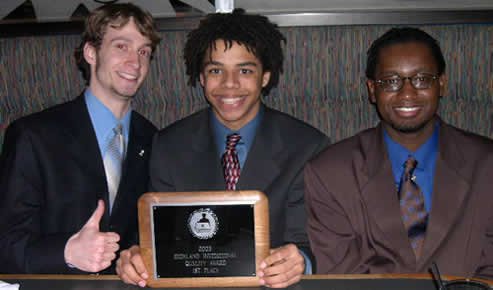 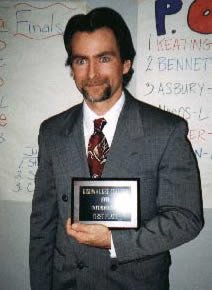 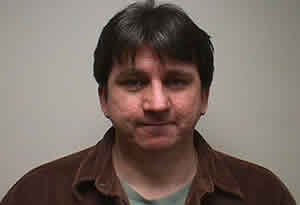 Mitch Neher said:
"Being a member of the Speech Team here at PSC is not about competing against students from other schools and worrying about whether you win or lose. Instead, it's only about challenging yourself to grow and develop and to improve and progress. Therefore, you can't lose, but you can only win by joining the Speech Team at PSC."